We are halfway through the year and unless you have access to some marvelous hallucinogens, you probably can’t wait for the second half to end. Let’s take a look at what has been on the minds of my fans this past month.

You have mentioned before you did not vote for either Donald Trump or Hillary Clinton in 2016. Given what has taken place under Trump, don’t you feel this nation would be less divided and better off had Hillary been elected? From A Hillary Fan

Yes, if you are a fan of Hillary Clinton, there is no doubt this nation would be better off today with her in the White House. However, that is a big if. Every president has a loyal fan base that sticks with their leader no matter what happens. Then there is the rest of the country.

Personally, I believe if Hillary had been elected, we would be every bit as divided as we are today. Instead of BLM protesters in the streets, we’d see people wearing hoods and robes or sporting Nazi tattoos demonstrating.  White cops would have still killed George Floyd and others this spring, the Confederate flag and old southern statues would also still be a dividing point, we would be arguing over how the pandemic has been handled and our economy would be a mess.

Hillary would have dealt with matters differently, spent less time on Twitter, and most likely kept our allies on good terms, but because she is a Clinton, somehow this would not prevent her from controversy or special investigations. The right would make jokes about her weight like the left does with Trump, Bill’s meddling would be a sore point to the right just like Jared’s is to the left, and those liberal judges she would be filling up the court system with would not sit well with conservatives.

My point is, Hillary had lower likeable numbers than Trump and given the state of the world and the problems we face, there would be plenty of hate dividing us today. This is the world we have created where politics, hate, and social media running amuck all meld into a nation still trying to figure out how to function in the 21st century.

Do you ever get hate mail? I only ask because I do not recall seeing you post any of it. Why is that?  A Fan Forever

Yes, I do receive hate mail and there is a good reason why I do not post it. Basically, it would take me too long. You see, each month, I receive a handful of nice letters like yours asking me questions. If I were to post and answer the hate mail I receive, well, I would have to work on it every day because of the volume I receive. Apparently, the typical reader of the Los Angeles Post-Examiner is a frickin’ right wing nut job who believes the Second Amendment should be renamed as the first.

Consequently, I figure if I do not answer my hate mail, the writers will think they are a minority and will shut up and go away. Instead, it appears they are multiplying like rabbits.

Do you know of a more progressive and open minded website I can write for, one where the readers are peace loving liberals?

This is an interesting request. The best way I can answer it is to look at the state of my mental health based on your political leanings. Clearly, based on what I write about the turd, if you are a supporter of Donald Trump then you probably think I am a lunatic in need of shock treatment and water boarding (maybe both at the same time). I am clearly insane because I am sympathetic to the miscreants ruining this country and preventing Donny from getting work done.

However, if you are someone who finds himself agreeing with my perspectives, you probably find me to be a balanced, sane, and insightful human with something of value to offer the world.

But since you asked me to grade myself, I am going to give me an A+ only because my wife pays me $10.00 for every A I bring home. In June, I earned over $400.00 for all the A’s I got, although most were in the form of people calling me an A-hole while I drove the 101. Still, an A is an A and I can use the extra ten bucks to help pay my therapy bill.

Has the country over reacted to the BLM movement? It seems to me it is one thing to want to see statues of Confederate leaders removed and another thing to go after TV characters or product pitchmen/women. How much is too much? Thanks. Puzzled

“How much is too much” is an individual matter. While it may seem strange that a black TV character voiced by a white person is no big deal or a product like Aunt Jemima should not be renamed for some, to others, these are as much a part of the problem that plagues the BLM supporters.

Keep this in mind when many of these changes take place, they are not always about supporting a movement as much as it is about the concern of two things: politicians losing votes and companies losing profits. Both groups rely heavily on polling numbers before making big decisions. If they didn’t, we’d still have New Coke on the shelves.

If the research shows renaming a product and making it less offensive to a sizable group of buyers is more profitable than holding firm, companies make the change. In the process, they are smart enough to do things like release statements in support of a movement and announce their big change as a way to present themselves as listening to the public and changing. However, once this happens, does the average BLM supporter follow up and check what kind of hiring practices that company uses?

Protestors tend to go after symbols because of their visual reminder. The problem that Blacks and other minority groups face is what goes on that is invisible. Politicians can enact laws that severely punish hate, but they are powerless to make it go away. Haters just find new ways to go around laws while continuing their practice of racism.

As protests have continued to remain, we have seen a sharp rise in COVID cases. Why are protesters not to blame for this increase? It seems they are at fault. Thanks, Just Wondering

I do not know all there is to know about the increase of COVID cases in all the states on the rise. However, in California, I do know people took to the streets in protest of the killing of George Floyd well before the state began loosening restrictions for businesses. During that time, the state was one of several recognized for doing an outstanding job of combating the virus largely because it did pretty much the opposite of what the president called for.

On the other hand, a state like Georgia that opened up early saw things get worse, not better. The increase, I believe is due to the size of our nation, the fluidity of the virus, and the fact we have fewer restrictions in place. We cannot do anything about the size of this country or the nature of the virus. What we can do is take personal measures to minimize the spread of this virus until a vaccine is developed.

That said, a person with political leanings in line with Trump will see this differently and claim it is all a deliberate attempt to bring down his presidency. I hope they are right and the plan works because this means by this time next year he will be long gone as will this virus.

Calling COVID-19 Kung Flu seems highly offensive. Have you any thoughts on this term and the use of it by our president? Thanks, Offended

I see why people find the term highly offensive, although I find it one of Trump’s funnier labels he is known for making only because I grew up in the 70’s when “Everybody was Kung Fu fighting.”  What I find more offensive than the term is the president’s dismissal of COVID-19 and his failure to offer up any sort of leadership in combating it.

A final thought to leave you with. There is just over four months before the November election. In other words, there is as much time to the election as we have already been dealing with the fallout of COVID-19. If you think the last four months have been hell, imagine what the next four will be like as the election takes center stage.

Besides this virus, we still have BLM to deal with, voter suppression, campaigns and debates, school starting up, and the return of sports in some form. Can this year get any worse than it has? My money says yes. How’s that for a cheerful “Until Next Month” send off? 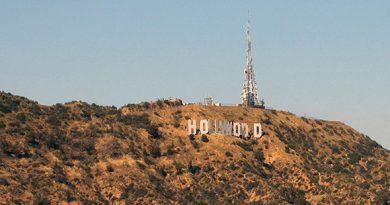 Hillary Clinton has contempt for others