It’s St. Patrick’s Day again, a time when we start thinking about Leprechauns and rainbows with a pot of gold. I saw pictures the other day of a rainbow over Venus. That’s amazing that other planets have rainbows too. I wonder if leprechauns might actually be aliens from Venus?

This is a true story, a friend of mine was working in Vegas and he was so engrossed in his work that he really wasn’t paying attention to his surroundings. He eventually realized that someone was standing pretty close to him. He turned to look and no kidding, it was a little red headed leprechaun wearing long sideburns and the small green jacket laced in gold, he had on brown boots and the huge gold buckle. He was smiling with a corncob pipe betwixt his yellowed teeth as well.

I immediately asked if my friend had grabbed the leprechaun so he could have his pot o’gold and he gave me a dirty look. Really!

Okay I know there are some crazy people in Vegas but this opportunity doesn’t come along every day. It’s like winning the lottery. I would have at least tried. Come on; have you no sense of adventure?

He said the Leprechaun had disappeared when he looked back again.  My friend looked all around and could see neither hide nor red hair of the Leprechaun. He said it was just creepy.

Wikipedia says a Leprechaun is the son of an evil spirit and a degenerate fairy. I looked up “degenerate” just to be sure. It means having low moral standards, or not good. I may have to remember that word. Never know when it might come in handy.

Anyway back to the Leprechaun, Wikipedia also says it is not wholly good nor wholly evil. So describing him as creepy was probably accurate.

Most descriptions say Leprechauns are ill-natured and mischievous, with a mind for cunning, which I would say describes a lot of people in Vegas. So who knows if it was a real Leprechaun or not?

Remind me at Christmas to tell you the story of how I used to be married to Santa Claus.

Terri Underwood has always written women’s fiction because she finds it so much fun. Love, sex and relationships all have their ups and downs but without the downs, there would be no ups. She likes to look for the good moments in life and she learned that from her huge loving family who get together often for some of the most hilarious times. Terri is a professional who enjoys hiking, fishing and even camping. She’s a California girl who lived in Arizona for six years before running back to California. She didn’t come away empty-handed though, she learned to look at the sky in Arizona. The billions and billions of stars against a deep black sky, the clouds, beautiful sunsets and thunderstorms, isn’t that what romance is all about?

Super thoughts on the NFL 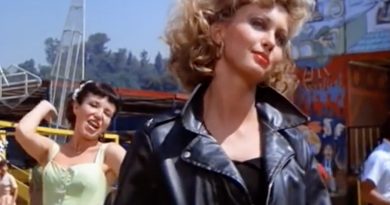 Olivia Newton-John is a Cultural Icon