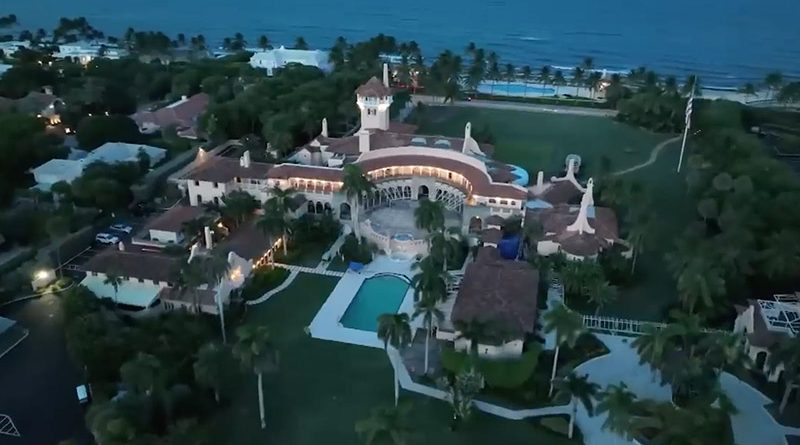 The morning I finished writing about the main topic(s) of this post, it was announced Queen Elizabeth II of England has passed on.

I’m not anti-royal in any way. The British Royal Family was at moments, newsworthy, but it didn’t consume my entire attention for a day or several weeks. Even with Diana Spencer. She knew all the best British rock stars and worked to rid the world of land mines, but beyond that — eh.

On MSNBC newsman Richard Stengel asked the obvious question: Why are we Americans, here in the United States, spending so much time covering the death of Queen Elizabeth II and the ascendency of King Charles III?

There’s always the non-news channels showing my favorite movies — the streaming services as well. More importantly this is the first day of the NFL season.

As they are saying on TV: All Hail the Queen! Long Live the King!

Now we know, according to the Washington Post, Donald J. Trump, former president and continuing grifter, had highly secret documents a very small group of people have access to — well, had access to them. Trump’s “alleged” theft of documents belonging to the government, both classified and not classified, has compromised the information in the documents.

Actually, we can say “his theft of the documents.” They were found at Trump’s Mar-a-Lago home which is a private country club in which thousands of visitors — including spies — could have had access to those documents.

The big news reported by the Washington Post is that some of the documents seized by the FBI in August contained nuclear weapons secrets about a foreign country. We don’t know if that nation is a friend or foe.

It was also reported some of the documents had a security classification of S/FRD, which is listed as Formerly Restricted Data, which, the Department of Energy says, does not mean the information isn’t classified. It is just no longer RD — Restricted Data.

Anything that has to do with nuclear weapons and/or the production of nuclear weapons, is covered by the Atomic Energy Act. According to that law … Well, here is how it reads:

(a) The Atomic Energy Act provides that:

(1) In accordance with section 232 of the AEA, permanent or temporary injunctions, restraining or other orders may be granted to prevent a violation of any provision of the Atomic Energy Act or any regulation or order issued thereunder.

(2) In accordance with section 222 of the AEA, whoever willfully violates, attempts to violate, or conspires to violate any provision of section 57 of theAtomic Energy Actmay be fined up to $10,000 or imprisoned up to 10 years, or both. If the offense is committed with intent to injure the  United States or to aid any foreign nation, the penalty could be up to life imprisonment or a $20,000 fine, or both.

(b) In accordance with Title 18 of the United States Code, section 1001, whoever knowingly and willfully falsifies, conceals, or covers up a material fact or makes or  uses false, fictitious or fraudulent statements or representations shall be fined under that title or imprisoned up to five or eight years depending on the crime, or both.

Nowhere in that document does it say former presidents are exempt from this law. Huh …

Obviously Trump and his cabal of fellow grifters knew they were breaking the law by taking all that government documentation to Trump’s golf resort and they obviously knew they were violating the Atomic Energy Act because they continually denied they had any classified documents — and they are still lying about it all. Well, The Donald is still lying about it on his social media site, Truth Social.

Trump and his cabal have been losing large sums of money on this site, and it appears very few people — who have the money Trump needs — want to be associated with the grifter. Plus,  Trump has been stiffing the web hosting company that is propping up Truth Social, RightForge. By the bye, Trump’ has a failing technology company: Trump Media & Technology.

Trump has a long, long history of not paying lawyers and vendors alike. Why would any business agree to do business with Trump? What was the title of that Great White song? “Once Bitten Twice Shy.” Actually, that’s one of the most misogynistic songs ever recorded … so maybe it fits Trump perfectly.

Many Republicans at various levels of government have been scrubbing any mention of Trump or MAGA.

But let’s not go off on a tangent here. A Trump-appointed federal judge, Aileen M. Cannon,  just sided with the ex-president by granting his request, through his lawyers, for a “special master” to see if any of the documents are protected by attorney-client privilege. And the judge told the DoJ they could not use any of the documents found with the August search warrant. In other words she is helping Trump and his lawyers slow down the investigation.

Every legal expert I have watched on TV or read in  reputable news organization said the Judge’s decision was absolutely wrong. Even former Attorney General Bill Barr said her decision was a mistake. He said the decision was “wrong” and “deeply flawed” and that the Department of Justice should appeal the decision.

Barr was on Fox News telling the MAGA faithful their cult leader is a crook, or worse, a traitor. Watch this clip below and listen to Barr eviscerate any notion that the DoJ is acting illegally with this legal search warrant action.

We are told no person is above the law — despite the melodramatic blathering on Fox — so the current Attorney General, Merrick Garland, has a big decision. Does he prove he believes no one is above the law and indict the ex-president? Or, does he go for the unwritten Gerry Ford rule to pass on indictments, trials and possible conviction of a former president, in the best interest of the nation. What Ford told a congressional committee about a month after Nixon’s resignation was this: “I was absolutely convinced then as I am now that if we had had [an] indictment, a trial, a conviction, and anything else that transpired after this that the attention of the President, the Congress and the American people would have been diverted from the problems that we have to solve. And that was the principle reason for my granting of the pardon,”

Many people agree Ford was a very compassionate man who felt sorry for his predecessor who was twisting in the wind of his own creation. Years later even Bob Woodward and Carl Bernstein, the Washington Post reporters that broke the Watergate story and wrote about it in several books, changed their opinion about the pardon and agreed it was the right thing to do.

That was 48 years ago. Nixon didn’t steal top secret and other classified documents and take them to his private residence in San Clemente. Once the U.S. Supreme Court ruled that former President Nixon had to give up his audio tapes to the House Judiciary Committee, tapes that proved Nixon was obstructing justice, Nixon’s presidency was over.

Now that Judge Cannon has shown all of us that some Trump-appointed judges will be sure to give Trump some cover, we, the public, will have to determine if judges, all the way up to the Supreme Court, will be making decisions based on political views, rather than the law. What does that mean for the DoJ if they decide to appeal Cannon’s ruling? Cannon even admitted she was treating the ex-president differently than the average lawbreakers.

Then there are the Trump Cult lawmakers, like Senator Lindsey Graham, who are “warning” us about possible violence  if the Justice Department goes forward with indicting the ex-president.

The U.S. was beginning to warp and divide as far back as when Ronald Reagan was president. When former Senator and presidential candidate Bob Dole was running for president he actually tried to take the high road, unlike some conservative commentators were whipping up their radio listeners with grotesque conspiracy theories.. That was 1996. In December 2000 the Supreme Court decided the presidential race, siding with George W. Bush Karl Rove, who has been slamming Trump for five years (at least) was the Bush Administration’s hit man, the executioner who did whatever he could to divide the nation.

Then Obama was elected president — twice — and the racists thought they had the license to openly display and express their white nationalist views. Then Trump won the 2016 Electoral College and we know what happened after that. To be honest, I’m too lazy to write down all the crimes and/or immoral acts since he rode down that escalator and called Mexicans drug dealers and rapists.

Trump’s buddy Steve Bannon, is about to go on trial for defrauding hundreds of thousands of Trump donors with his “We Build the Wall” group. They collected about $25 million and gave large sums of money to Bannon and several of his confederates. That’s a topic for another day.

The question is, will there be any actions involving Trump before the mid-term elections, or will Attorney General Garland wait until after the elections? He doesn’t have to wait, and even if that was a law, not pursuing any charges against candidates up to 60 days before an election, Trump isn’t a candidate. Garland keeps us guessing.

Democrats who are on the November ballot would do well to hang Trump around the necks of their GOP opponents. Let them either denounce the MAGA cult or embrace it.

Ronald Reagan: Worst president of the past 60 years