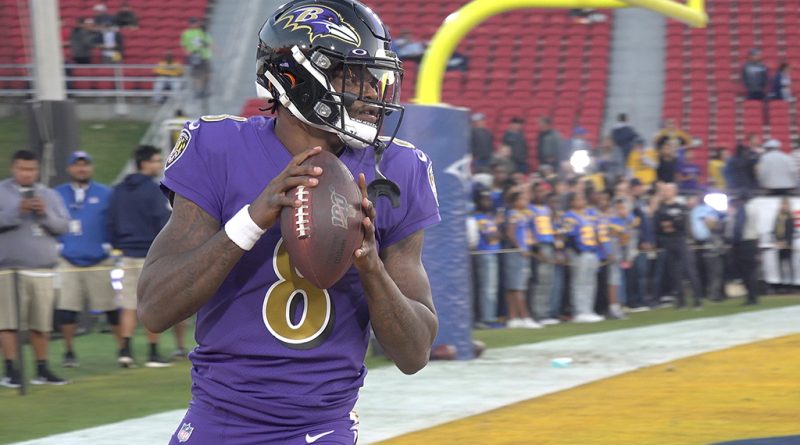 Raven’s management made a mistake drafting Lamar Jackson and it has taken 5 years to fully realize it. Everyone wants Lamar to succeed but after 5 years, it is clear that despite Lamar’s gifts, he is not going to lead the team to greatness.

After this year, the final year on his rookie contract, the Ravens should cut Jackson loose. Let Lamar Jackson walk.

But the real Sword of Damocles hanging over Lamar from day one has been the prospect of injury. Everyone knew Lamar was going to take a beating just like any running back. Of course the effects of this beating are culminative. But the Ravens forged ahead and built an entire offense presumably to take advantage of Lamar’s unique skills. But at some very critical times during the past 5 years(including at the time of this writing) Lamar has been injured and unable to play. The Ravens accepted those injury risks when they drafted Lamar and his injuries have cost them dearly.

Lamar Jackson is not an elite quarterback. He is a great runner but he has observably lost a step as he added muscle. His passing has not improved over the years. He does not have a golden arm and never will. Currently,  Lamar’s passer rating places him 18th out of 35 NFL quarterbacks. Average, at best.

Lamar is a gunslinger without a gun. He wants to throw like an elite QB but he does not have the arm. If he does not use his legs, we lose and it appears he does not want to run. It is understandable as he is getting beat up week after week but that was Lamar’s singular skill; he could run better than most running backs. Those days are fading fast. The league has exacted the toll on his body everyone expected but brushed aside with magical thinking that Lamar would be immune or that the team would win the Super Bowl before his legs gave out.

Adding to the problems Lamar is facing is that he retains no agent and therefore is giving himself bad advice. He is never going to be an elite quarterback although he wants to be paid as one. He should not be playing without a contract and that may have affected his performance on the field. He wants a guaranteed contract and the Ravens should just let another team underwrite his demands.

How many years will Raven’s management delude themselves thinking Lamar will take us to the Super Bowl? We were lucky to make the playoffs with Lamar and when we did, it was a very quick trip. The best move for the Ravens is to let Lamar walk at the end of what will likely be another disappointing(and another injury filled) year for our quarterback. It would be more productive to invest money in the defense, where championships are truly built.

The Ravens gave Lamar every opportunity to succeed and he did not. Accept and move on. How many more years will the team management remain prisoners of hope?

Dudley Thompson lives in Girdletree, MD., population 106. He was born, raised, and lived most of his life in Baltimore. He worked for the News-American on the advertising side until it closed in ‘86. His second career was teaching in juvenile jails for the Maryland State Department of Education. He holds a Masters in Liberal Arts from Johns Hopkins University, ‘77, and a B.A from the University of Maryland,’74.

Colin Kaepernick: The truth of his free agency

Adrian Peterson not in the clear just yet