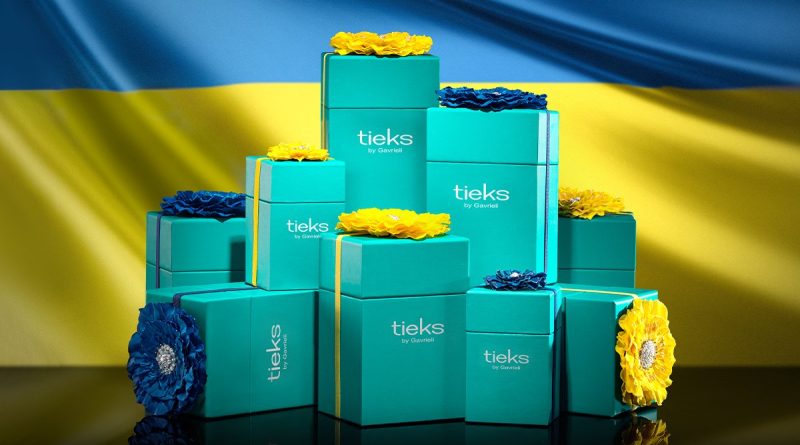 The online virtual auction and raffle raised funds in solidarity with the people of Ukraine. World Central Kitchen provides millions of meals year-round and around the clock to people facing food insecurity across eight border crossings, including Ukraine, Poland, Romania, Moldova, and Hungary.

The virtual auction featured Tieks iconic ballet flats, including limited editions, beloved bygone styles, and pairs that have never been sold publicly, including a brand-new, one-of-a-kind style exclusive to the auction. Held on theTieks.com website, the fundraiser campaign was tremendously successful. Within the first two hours of the auction, thousands of bids were placed, with Tieks fetching bids as high as $4,500 (Toscani) and $3,500 (Arabian Night).

What is the World Central Kitchen?

World Central Kitchen (WCK) is a non-profit that provides meals on the frontlines in response to humanitarian, climate, and other crises. Founded in 2010 by Chef José Andrés, World Central Kitchen (WCK), provides meals at the frontline of community crises. WCK has served more than 60 million fresh meals to people impacted by natural disasters and other crises around the world.

Within hours of Russia launching a large-scale military operation on neighboring Ukraine, the organization began serving hot and nourishing meals at the border crossing in southern Poland. Today, they are serving dishes 24/7 at eight border crossings across the country. Additionally, they are supporting local restaurants in preparing meals in cities across Ukrainian cities, including Odessa, Lviv, and Kyiv.

“My hope is that through the auction proceeds, World Central Kitchen will be able to provide tens of thousands of meals for Ukrainians braving this unimaginable war,” Gavrieli said.

Tieks are the first luxury pair of shoes designed to fold, thanks to their patented split-sole design. The high-end ballet flat is known for its craftsmanship, foldability, comfort, and portability. Founded by Kfir Gavrieli in 2008, the stylish flats are made from premium Italian leather or vegan materials. It takes three days and over 150 steps to make a single pair of Tieks. They come in over 60 colors, patterns, and textures. Tieks are some of the most versatile flats available, as they are foldable and can easily be taken in any bag or purse without taking up too much space.

The #TieksForUkraine campaign featured eight pairs in total, with seven available for auction and a one-of-a-kind pair for the raffle. The Tieks included in the auction were the limited-edition Red Diamond (2017 release), True Love Red (2021 release), Giraffe (2012 release), Toscani, and Arabian Night styles. It also included the Brown and Black Ostrich Tieks, which are two styles that have never been available for sale publicly.

Additionally, Mirage, a one-of-a-kind pair in a sparkly sand hue was available to win via a raffle. Raffle tickets for the Mirage style Tikes sold for $1 each, with an unlimited purchase amount. Each shoe auction started at $100 and was awarded to the highest bidder. As an added bonus, Tieks gave away $100 Tieks Gift Cards to ten additional raffle winners.

Usually, these limited-edition Tieks are only released on rare occasions like Black Friday and routinely sell out in 24 to 72 hours, making these styles some of the most coveted designs by Tieks. Limited-edition Tieks usually retail for more, but at this fundraiser, fans had a chance to get their hand on a pair while supporting an incredible cause.

As well as showing solidarity with Ukraine, Tieks is also involved in other causes. Tieks is committed to women’s empowerment and, through the Gavrieli Foundation, has become the largest individual lender in the world on Kiva, sending over $10,000,000 to women entrepreneurs living in poverty around the world.