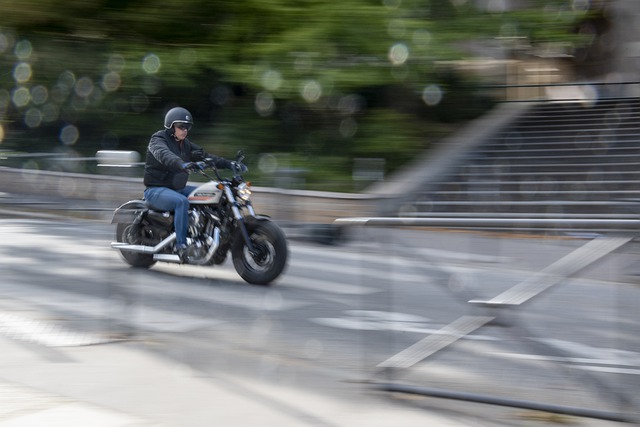 Image by Stan Madoré from Pixabay

Image by Stan Madoré from Pixabay

Dangers of a Crash

There are many factors that come into play, which make motorcyclists more likely to get in an accident than other motorists. Some of the top reasons are:

Only Having Two Wheels

Two-wheel vehicles greatly increase the risk of an injury because, unlike four-wheel vehicles, you have to keep motorcycles balanced. This can be especially difficult on sharp turns or in poor weather conditions as the amount of contact between the wheels and the road can become minimized.

The greatly reduced weight of a motorcycle compared to a full-size car makes them a lot more likely to leave the road and susceptible to things like side winds. Risks are especially prevalent on wet roadways, as your tires are more likely to spin out without as much weight pushing them into the asphalt.

While there are many motorcyclists who are completely qualified to drive a motorcycle, there are many who are not. There are a lot more things that you have to take into account when operating a motorbike than a standard vehicle, but many drivers neglect to learn everything they need to properly operate their vehicle.

Despite not having proper training, these are usually the type of bikers who ironically have excessive confidence on a bike. They are more likely to be negligent and put others at risk by pushing the envelope on the rules of the road or ignoring them altogether.

Motorcycles take up less space. They also take up less of a driver’s field of vision than full-size vehicles. Motorcycles can easily be hidden in another driver’s blind spot or just be easy to miss for a distracted driver not paying enough attention to their surroundings. Not yielding the right of way to approaching motorcyclists when making a left turn can result in a life-threatening accident.

All vehicles should be kept in proper working order so that safety levels are optimal. This is of particular importance for motorcycles, though. Like in every other aspect of owning and operating a motorbike, there is simply less room for error than with other vehicles.

Some failures in a system of a standard car can be very serious. Most of the time, if one thing breaks down, there are enough supporting systems to make up for the failure until you can get your vehicle repaired. With a motorcycle though, most of those problems that were minor failures are major concerns that could be life-threatening.

Dangers of an Injury

When you get into an accident in a car, you may be injured or you may not. It depends on the severity of the crash, the safety features of your vehicle, your own safety precautions (like wearing a seatbelt), and luck. On a motorcycle, you are almost guaranteed to suffer an injury. The only real question is what the severity level of the injury will be.

Even in a minor accident, on a properly maintained bike, while wearing proper safety gear, your only real hope to escape truly without injury is to rely on luck. Taking all the proper precautions will likely reduce the severity of your injuries. The fact is, you are riding on a motorized vehicle, balanced on two wheels with no outer protective shell. An accident is going to hurt.