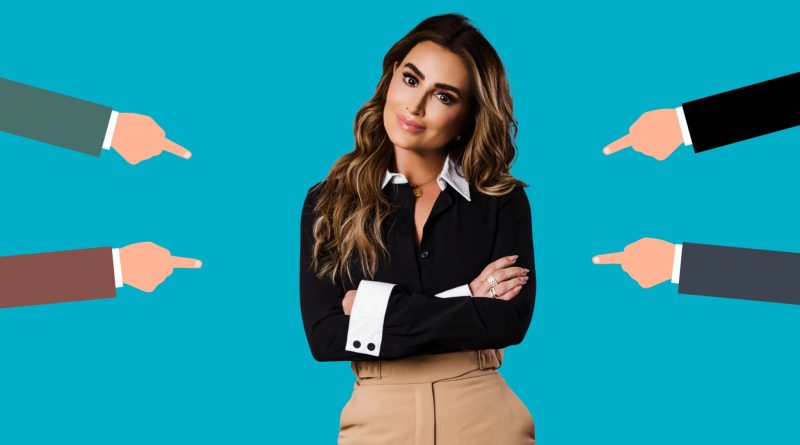 Also known as simply “Dr. V,” Dr. Venus Nicolino is a respected relationship expert and popular media personality. Over the years, she has served as a featured expert on CBS News, Fox News, SiriusXM, Real Housewives of New Jersey, The Dr. Oz Show, Rachael Ray, Millionaire Matchmaker, Watch What Happens Live, and The Real. She is the bestselling author of the frank, helpful, hilarious, and life-changing HarperCollins mental health guide Bad Advice: How to Survive and Thrive in an Age of Bullshit. She is also the host of the celebrity interview podcast The Tea.

She grew up in West Philly in a modest 600-square-foot home that was packed with seven people as well as a pet German Shepherd. Her homemaker mother never attended high school, and her mechanic father supported the family by working on old Chevys.

Dr. Venus Nicolino’s scrappy work ethic ultimately took her all the way to the high-end Los Angeles neighborhood of Bel-Air, where she now lives with her husband Matthew and their two young sons. Their family also includes Dr. Nicolino’s two young nephews, who they are raising under permanent guardianship.

In both her professional and personal life, Dr. Venus Nicolino has learned the hazards of placing labels upon human beings, and she decries the practice as incredibly damaging. However, she also recognizes the basic mental processes that lead to labeling as intrinsic to human nature.

When one stops to consider the massive amount of information that comes at each person every day, it becomes quite easy to understand why simplification through labeling is a popular coping mechanism. “The truth is that we’ve always had this awesome ability to reduce the complexities that surround us and make them more manageable,” says Dr. Venus Nicolino. “The problem is that sometimes the way we do it can have some unexpected downsides.”

Dr. Nicolino warns that our attempts to selectively process and understand the large amounts of information that constantly bombard us can often lead to dangerous over-simplification. Television, radio, podcasts, news outlets, emails, and social media: the stream of data aimed at American eyes, ears, and brains never seems to stop.

In the face of this information onslaught, the average person tends to use mental shortcuts to cope. They are entirely natural, and we have evolved to rely on them for perfectly good reasons. When it comes to labeling others, however, even a perfectly viable and understandable mental shortcut can cause tremendous damage to others. In the words of Dr. Venus Nicolino, “Labeling is a prime example of how we can take something genuinely useful and implement it in a really bad way.”

People are incredibly complex, and they defy labels by their very nature. In Dr. Venus Nicolino’s estimation, labels always simplify and too often oversimplify. Because of this, they often “miss their mark” when they are used to define a human being. “There are several ways using labels can backfire, hurt people, or make us miss out on something valuable,” contends Dr. Nicolino. “A good place to start is to think about the word and its context in creating a generalization about that person that is probably wrong.”

The words people choose when labeling attempt to cram a large amount of meaning into a very small package. In other words, they pack a big punch. This should come as no surprise because that is precisely what labels are supposed to do. Otherwise, we wouldn’t need or use them.

Unfortunately, this feature of labels tends to make them rather vague. And this vagueness can easily saddle people with labeled characteristics that they simply do not have. Furthermore, even if a person “deserves” or “makes a good match for” a label, it is generally impossible to sum up the entirety of that person, in all his or her complexity, with just a word or two.

“Labels make us think of people in very limited ways,” declares Dr. Venus Nicolino. “When people use a couple of words to describe a person, the rest of their humanity fades away.”

In other words, the effect of labeling can be extremely dehumanizing. Any person who is defined as just one single thing, no matter how apt that definition might be, is inevitably robbed of a great deal of what makes him or her human. For a person who’s seen as just one thing, even if that one thing is true, the experience can feel very dehumanizing. As Dr. Venus Nicolino puts it, “The label becomes all there is to that person.”

To make matters even more complicated, different people will inevitably view, apply, and assess the same label in radically different ways. In other words, labeling is extremely subjective. However, Dr. Venus Nicolino notes, “It is often used to communicate information to other people.”

To combat the potential hazards of labeling, Dr. Nicolino recommends more extensive forms of communication. As people exchange more and more dialog, their sense of their conversation partner will generally grow far beyond any initial bad impression based on labeling. “A single person can behave differently in various situations and treat people in inconsistent ways,” says Dr. Venus Nicolino. “This can reduce the label’s usefulness in communication tremendously.”

Before giving in to the natural temptation of labeling, it is also important to consider the broader social implications of this practice. Dr. Venus Nicolino points out how saddling someone with a label tends to foster an “us vs. them” mindset. “When we call people toxic, for example, we are implying that they’re the one that’s toxic as opposed to us.,” she explains. “Further, people use the DSM-V as a way to insult and bully other people. Hurling one diagnosis after another in an attempt to dehumanize humanity.”

The negative effects of labeling are as complicated and as widespread as the practice itself. Labeling can lead to harmful superiority/inferiority complexes as well as severe mistreatment of the individual being labeled. In the case of DSM-V, diagnostic terms, which range from “depressed” to “psychotic,” loose or pejorative labeling can entirely undermine these words’ very purpose. That is, to help people who suffer from serious mental health problems.

Labeling may be dangerous, but it is also a fundamental part of the process that human beings use to define and understand the world around us. People simply aren’t going to stop labeling entirely, nor should they!

But when it comes to labeling other human beings, Dr. Venus Nicolino recommends careful thought and deep consideration. There are many ways to avoid dehumanizing people through labeling, according to Dr. Venus Nicolino. “Eventually, however, people just need to remember that we’re all human and that we’re a mix of good, bad, and everything in between,” she contends. “No reason to make it worse by labeling one another with the worst we are and misusing diagnostics words to back it up.”