For decades, unsuspecting users of spirit (Ouija) boards have been pestered and attacked by a malevolent entity that calls itself Zozo: The King of Kings. Evenings of entertainment have ended in anxiety and fear, with lingering problems ranging from hauntings to dream invasion to psychological terror. To better understand these odd and often unexplainable occurrences, the Los Angeles Post-Examiner recently spoke with author and researcher Darren Evans. Evans is a paranormal survivor who learned about Zozo the hard way. In a ground-breaking new book titled The Zozo Phenomenon, Darren Evans and paranormal expert Rosemary Ellen Guiley probe the mystery of Zozo, from ancient gods to modern aliens, demons, and more. The Zozo Phenomenon is available at ZozoPhenomenonbook.com and visionaryliving.com.

LAPX: Thank you for taking time to speak with us today. To begin, please tell us a bit about your personal background.

Evans: I’m 46 years old. I was born and raised in Tulsa, Oklahoma. I’m a high school graduate and have spent my working life in the construction profession.

LAPX: Growing up in Oklahoma, did you have any sort of church background?

Evans: Just a normal sort of Christian background. Some family members went to church, some didn’t. My grandmother was very active in the church and she tried to instill Christian moral values in our lives. Nothing excessive in any way, but going to church was something that we did.

Let me add that my mother became more spiritually involved because of what I experienced with the Ouija board.

LAPX: Aside from the church, were you attracted at all to anything of a supernatural nature?

Evans: Not really. I was into music – Led Zeppelin, the classic rock of the day – when I discovered the Ouija board.

LAPX: Please tell us about that discovery.

Evans: A plumber found a double-sided board under my girlfriend’s house in 1982. The board was surrounded with jars of preserved blackbirds. The jars were old mechanical lightening jars, and they had a weird white chalky substance on them. I recall wiping the jars clean and holding them up and seeing the blood-red eyes of these preserved blackbirds.

I didn’t realize at the time that this board was double-sided. It was a work of art. Everybody who saw it said, “Wow, what is this?” I didn’t know anything about spirit boards and have never seen another double-sided one since then. On the one side was a William Fuld Ouija board; we were able to trace that to the 1930s. The other side has a homemade board with the word Zozo inscribed on it. There were strange symbols and wings around the word Zozo where Ouija would normally be. It was just a weird, grisly looking board, and that’s where my involvement with the phenomena began.

The board led me and my girlfriend to have sessions. It was a succession of experiences I had which led to the progression of me becoming more involved. It began as an obsession to prove the spirit world was real, but then my life started to spiral out of control. In the end, I lost my wife, I had a nervous breakdown and began hallucinating.

LAPX: What is the significance of the word Zozo?

Evans: When the internet came out, I started doing research online. That’s when I discovered that other people have had experiences with this entity. That was mind-blowing. I started a blog to document these cases which led to further research. In reflecting back, I see I was hearing stories that went back to the 1950s, but at the time, the preponderance of reports were from the 80’s and 90’s.

A film company heard about the blog and wanted to do a movie, so “I Am Zozo” was made and got a DVD release.

LAPX: You say your lost your wife. Was that the same girlfriend you mentioned earlier?

Evans: Yes, she became my wife. We got married on Halloween. She got to where she didn’t want to be involved with the spirit board, but I was obsessed. I had hundreds of sessions over a period of time.

LAPX: You started using the board in the early 80s. How long did this obsession last?

Evans: When I started, it was occasional but as I said, it became an obsession. I’d buy other boards and then burn them. It was as if I was undergoing a spiritual attack. I’d get depressed and go chasing hailstorms. After I lost my wife, I lived on the road for a while. Then I began to interact with others who had a similar experience.

LAPX: Were you ever physically harmed while using the board?

Evans: Not so much physically, though I would have panic attacks that landed me in the hospital several times. I also felt I was being followed by people who were possessed by demons. It was a low point. I went to my mother and asked for help, and she performed an amateur deliverance. She said she had seen shadows over me while she was laying hands on me and praying. I’d go a year without using it, then get back on to see what would happen, and the cycle started again.

The board actually predicted two of my friends’ deaths to a tee. One was an unsolved death in Collinsville, Oklahoma, and the other was my best friend, who died in a car wreck.

LAPX: So, while you were never physically attacked, there was some sort of a manifestation?

Evans: Yes, on two occasions I saw a black shadowy mass following me around.

LAPX: Were there ever any aural experiences or anything you could smell?

Evans: Yes, there were audible sounds. Voices emanating from thin air. Thuds in the wall. There were also electronic phenomena; lights coming on and off. We describe all of that in the book. Other people have told me their encounters have followed this same pattern.

LAPX: What did it finally take to free you of Zozo?

Evans: I don’t know that that has ever really happened. I don’t get on the board anymore. The last time I did was on an episode of Ghost Adventures. That whole thing was just very spontaneous. But the amount of emails I’ve received over the years is truly unbelievable. The numbers of people who have shared these experiences.

What’s happening here is far reaching, and that’s why I’ve continued my research. Trying to find historical instances of the name Zozo has not been easy, though we have found a number of credible cases. Documents dating back hundreds of years mention the name and the association is always demonic.

LAPX: When you say hundreds of years, do you mean the Middle Ages or are we talking about something ancient?

Evans: I would say ancient, due to the etymology of the name. As far as the documentation, we’re going back about 700 years. There are secret societies which called themselves the Zo shamans and these could be primitive.

There are a number of associations to the name which can be made. Again, we get into that in the book. We also get into a discussion of competing entities. Sometimes, it seems, these things travel in packs and argue for control over the spirit board.

LAPX: Have any famous people encountered this entity?

Evans: Yes. Certainly people who are famous in the paranormal world. John Zaffis, who wrote the forward to our book, is one of the foremost demonologists in the world. Also Robert Murch, who has the largest collection of Ouija boards in the world.

The point of the book I want to stress is that the Ouija is dangerous. Hollywood has sorta glamorized the board. I want to warn people of the darker side of the Ouija.

LAPX: Your book offers a number of possible explanations of what Zozo might be. Do you favor any particular one?

Evans: I lean toward Zozo actually being demonic. An evil embodiment of some type. We do go into a lot of different possibilities. Rosemary (Ellen Guiley)  thinks it may be a djinn (genie) from the Arabic cultures, but we look at it from a lot of different angles and let the readers decide.

LAPX: One last question: What is your advice for anyone who is thinking of using a Ouija board? Or maybe more important: anyone who encounters Zozo?

Evans: Over the years – with Ouija being marketed to the younger crowd – I’ve seen so many young people become deeply involved. I don’t feel like they are ready for this type of psychological employment. Time and time again, people report strange things and have negative experiences. I tell people if you must do it, rely on your beliefs for protection. And be careful what you wish for. Don’t ask questions about death or future events. Keep yourself grounded with the necessary intent. 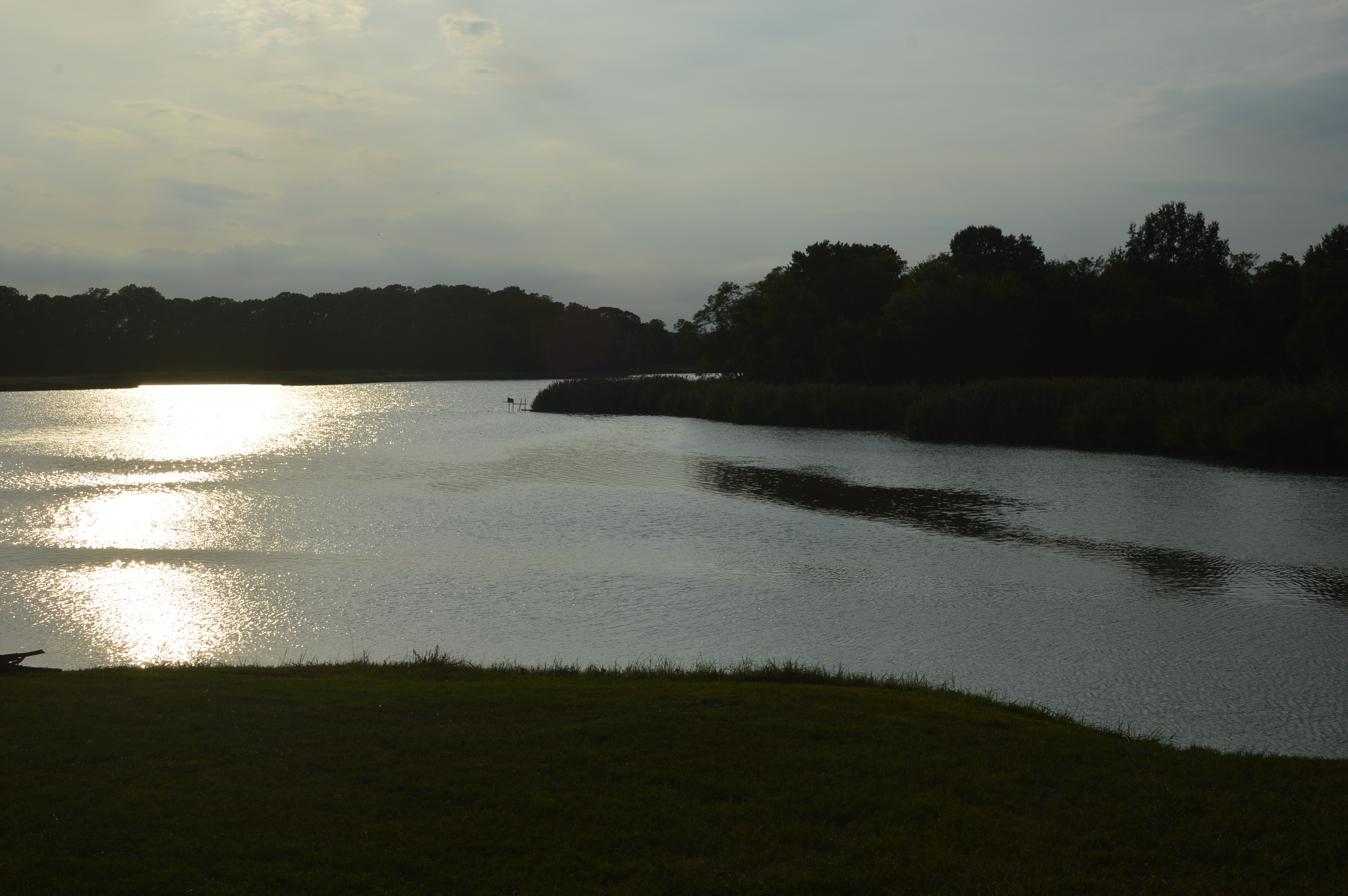