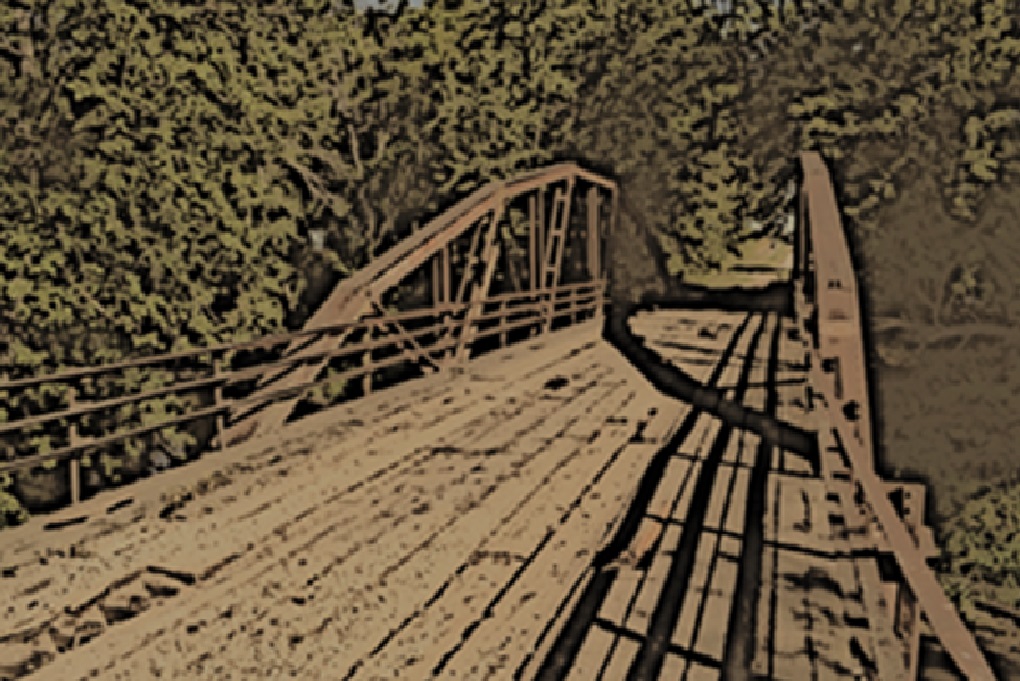 Sometimes he comes down
from the bridge
where they hanged him.
He comes,
still walking with
that shuffle,
as if his shoes are
too big,
snapping off twigs,
looking through windows
at the sleeping folk,
the children,
the wives,
the men with lined faces.
He comes,
still playing with that
one loose button
he tried to stitch up
the night before they came
down to the bottoms looking for
him, or some other
buck field hand who’d do just as well.
You know he’s come down,
because you can feel the wind
when there isn’t supposed
to be any, and the tall grass
leans the wrong way.
Sometimes the dogs get
beside themselves,
biting at their ropes
and scratching to get back
into the ramshackle houses.
Sometimes he comes down,
through the reeds,
to cross the tracks,
and climb the hill,
and find those that did it,
just to see how those old
men sleep.

E. Doyle-Gillespie is a poet from Baltimore, MD. An erstwhile teacher of literature and history, he now serves as a police officer in Baltimore City. Holding a degree in History from George Washington University and a Master of Liberal Arts from Johns Hopkins University, he is an instructor in ethics, community policing, and a variety of other subjects at Baltimore’s police academy.
His work has been published and has won awards for poetry in the US, UK, and Finland. His work has been featured in such magazines as Fire Pit , WordWrights, and is regularly seen in Smile Hon, a popular Baltimore magazine. His writing and oration were a part of Amplified Cactus, a multi-arts performance troupe in Baltimore’s Mt. Vernon area.
Masala Tea and Oranges, his first chapbook, was published by Greybooks Press in 2013, and his new book On the Later Addition of Sancho Panza, is available through Lulu.