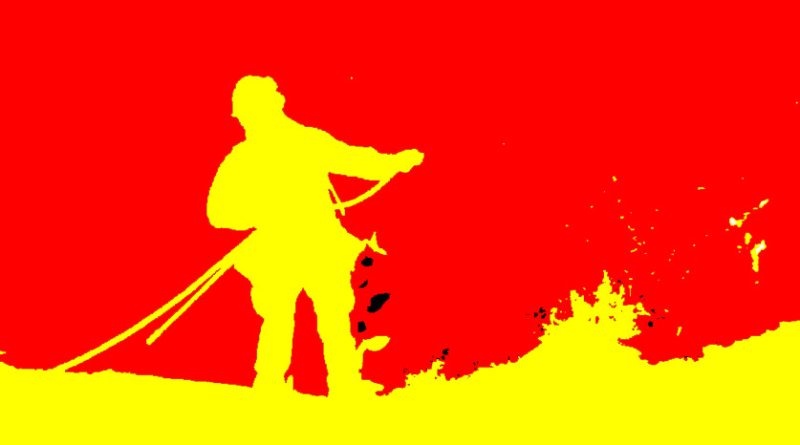 I am beginning to think I am an arsonist.

The community I used to live in, Hemet, is currently dealing with a fire that broke out in an area where I used to ride my bike frequently. The Fairview area over to the climb up Gibble Road were common places where I rode. Sage Road was another area to enjoy some wonderful scenery and challenging climbs. There are many steep climbs along quiet streets that I made generous use of in the evacuated areas. It is also where I crashed in 2007 and nearly died, but I swear that was not enough for me to light the place on fire.

There is also another fire burning in the Big Bear area.  This was also a place I spent a good deal of time riding my bike. Each August I enjoyed taking on their annual event and pushed myself to complete their metric century in under four hours. The post ride beer festival was always a nice event. Big Bear is a beautiful area without a huge number of visitors. The high passes make for a great place to test your endurance. Best of all, the people who live and work there are among the friendliest people you will ever encounter.

The Lake Tahoe area has another fire as well. Despite the summer crowds, there are not many places you can ride that have as much to offer. The 72-mile ride around the lake is best done on a quiet weekday. I loved leaving around 5:30 in the morning. This allowed me to finish the Emerald Bay climb at sunrise where I was always treated to marvelous views. For a rider who enjoys climbing, the many passes and lesser-known steep roads were a treat. No matter how challenging the ride, I always felt rejuvenated after.

The hard reality is this state has become a disaster waiting to happen. It’s no longer a place where you hope your area is spared the ravages of fire. If fire does not hit your community, you are surely bound to feel the effects of smoke drifting into it, making breathing and outdoor fun a challenge.

I long for the day when people from outside the state would ask about what it is like to live through an earthquake. Now, along with fires, we get to deal with flooding and mudslides because what little rain we receive seems to fall in torrents. Also gone are the days people would fall apart because we received one-tenth of an inch of rain. Now we sweat that much as we cook under extreme heat that buckles roads and hardens the dry scape.

It looks like my wife, and I are doing our part to conserve water. We used a little more than 55% of what we used this time last year. I may up it, however. I am just not willing to let plants die without putting up a fight. A brown lawn is one thing but too much time, money, and hard work has been put into the plants we have to just let them die a slow death.

A five-gallon bucket will be joining me soon in the shower. I can use it to collect cold water while I wait for it to warm up.

We do not have AC, so when the thermometer on our back patio read 110 the other day, I checked the hallway thermostat which read eighty-nine. As long as I remain in my office with a fan aimed my way, it is not that bad. However, I need to use a second fan and aim it at the bed so the dogs can remain comfortable.

Speaking of dogs, my seven-year-old Mini has suddenly decided she wants to join Peanut and I on our morning walks. Given how miserable the heat has been, I take her and Peanut at the same time. They each weigh less than twenty pounds so handling two at a time is not difficult. However, I do not see how some take two beasts at the same time.

Peanut will never be supplanted by our other three dogs when it comes to pure entertainment. Our other three just can’t keep up with his nonsense. Today, while on our walk, he was trying to look important as he led Mini around the neighborhood. While looking back at what she was doing, he drifted off the sidewalk and tripped over the edge of a lawn. Prior to our walk, he let me know he was not ready to wake up or deal with the heat by sticking just his head under a blanket while the rest of his body had a fan blowing on him.

It has been ten months since our Athena has passed. She ran the house with an iron paw and did not hesitate to assert her six pounds over the others. She could be a real stinker toward them, but they did not try to cross her because they were afraid to face her wrath. I laid her to rest in the back corner of our lot near some plants and a shade tree. Despite all this time, her spot has yet to show signs of growing any weeds. I think Mother Nature fears her even in death.

I got Botox today. That is not a typo. I finally received Botox injections for treatment of constant headaches. I doubt there is enough Botox available to remove my Shar Pei appearance, but if they help ease the severity of my head pain then I do not mind the poking of a needle into my neck and skull. Also, because my doctor used it on the back of my head, I am assured my better side will look younger than ever. As for my face, I try to accommodate the public by wearing a mask wherever I go.

The Queen of England died today  She’s been the only queen in my lifetime and for the life of me, I do not get the fascination people have with royalty. On the way to the doctor, someone on the radio was saying how she loved the queen because she made everyone feel like they knew her. I am pretty sure the royal family laughs at these sorts of observations given how much they try to hide who they are.

The closest I ever was to royalty was my sophomore year in High School. In the first semester, I managed to get booted out of Mr. Baughman’s math class 17 times. That averages out to just under 19% of the school days or about once a week (I actually used some math as an adult and figured this out). The second semester did not go much better, but because I had math right after lunch, Mrs. Gillespie, the secretary in the dean’s office, eventually trained me to work her desk. Whenever I got kicked out of math, she treated me like I was royalty because she could take a lunch break while I answered the phones. I am sure Mr. Baughman saw me as a royal pain when all I was trying to be was a the court jester.

Torrential rain, floods, and dangerous surf are what’s on tap after our heatwave is replaced by a tropical storm. Once they end, we can go back to shark attacks, oil and sewage spills, and a new round of fires. I am wondering when will Vegas open up betting lines on what wreaks havoc on this state next? Whatever it is, you can bet we won’t be prepared for it.

I am not surprised BYU’s investigation into whether a fan used racial slurs at a recent volleyball match against Duke University turned up empty. The university claims they found no evidence of slurs used by a fan who was identified by a Duke player after the university interviewed fifty people who attended. Considering the fallout the university received, which has led to South Carolina’s women’s basketball team canceling a series of games with them, it was always in BYU’s interest to not find anything wrong. The university went so far as to reinstate the privilege of attending BYU games to the fan singled out. Whether other schools feel satisfied with BYU’s investigation remains to be seen. However, either the Duke player who claims she was slurred is making this up or BYU is covering up a black mark they don’t want exposed.

It’s also no surprise FOX News has come out in support of BYU’s investigation. All you have to do is color inside the lines correctly. BYU is almost all white. Fox News is almost all white. Both lean very conservative. ABC, ESPN, and CNN must have a liberal agenda they are pushing. This is another example of white America under attack. You are un-American if you believe otherwise.

Major League Baseball has approved several new rule changes, most of which are designed to speed up the pace of the game. If it works as well as it has at the minor league level, games will be approximately 30 minutes shorter than they are currently.  This means fans who attend games can expect less for their money, if that is possible.  However, if you watch games from home, you will really feel the change when your nap time is shortened by half an hour.

There is a reason why the baseball season is 162 games. This allows people like me to laugh while the Yankees blow a 74-game lead at the all-star break.

The season could be 300 games and my A’s would still not be able to win 100 games. I wish Billy Martin were still alive to manage that bunch.

I recently read where more Americans smoke pot than those who smoke cigarettes. Eleven percent of the nation still prefer cigarettes over being able to breathe while 16% prefer to be high and forget life. With these new statistics, anti-pot folks can blame all our fires on pot smokers. Shaming people sometimes helps solve a problem.

And finally, I guess that was rain that fell on us last night although it seemed nothing like a major storm. It was more like I left the sprinklers on too long. Still, if it doused a couple of fires and did not start any new ones, I will take it.

COVID-19: Can our pets get and transmit it?