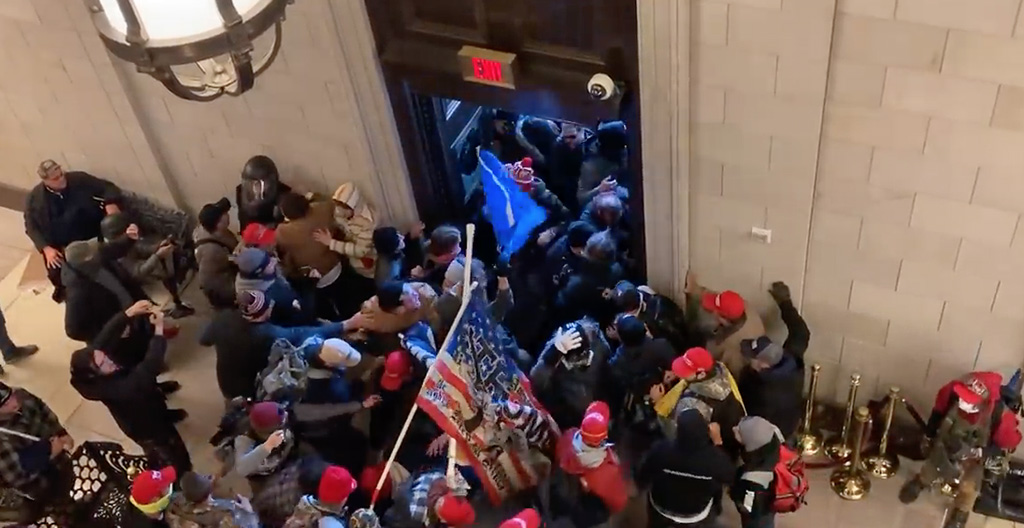 It was a year ago today “tourists” stormed the capitol, after a morning of vile propaganda on the ellipse, The President’s Park South of the White House, where the president and his co-conspirators whipped up the anger and hostility in a crowd of Trump supporters with the Big Lie that Donald J. Trump had won the election in 2020. A lie Trump and his co-conspirators had been pushing long before the 2020 general election on November 4, 2020.

Reporter: “What’s that?”
Patron: “Uuummm … the Vibrato-Pulsator 2000. The one with three speeds.”
Reporter: “Do they make one for men, or is that gender neutral?”

Everything led up to the Electoral College vote certification process that takes place on January 6 every four years to certify the results of the most previous general election. It’s a very routine procedure. I still remember vividly watching former Vice President Al Gore routinely counting the Electoral College votes, batting aside the futile attempts by devoted and loyal Democrats to stop the certification of the 2000 general election, the one decided by the U.S. Supreme Court.

Democrats, and many of their, shall we say, less interested supporters, never fully grasped that reality. They just went out every four years to vote for the Democrat that was running for president and then, most likely, blindly voting Democrat right down the line. Why not? Especially since 1981 when Ronald Reagan became president and the GOP began tearing apart the social fabric of our nation, of our culture, the idea that had so many Americans believing this is an exceptional country, second to none — “Greatest Country in the world.”. Turns out we lead the world in exactly three categories: the number of incarcerated citizens per capita, the number of adults that believe angels are real and defense spending.  We’re closing in on a trillion dollars per year going to the Military-Industrial Complex. Money that could be spent on infrastructure, including schools and hospitals. That money instead goes for tanks we don’t need and will never use, and weapons programs we can’t even imagine right now. Oh yeah, and several different, new, fighter jets. Why do we need the F-22 Raptor and the F-35 Lightning? Yessirree, we can make us some technological marvels. That F-35 comes in at about $100 million each. The U.S. Air Force is planning on buying 1,763 … (doing the math) …  $1,763,000,000,000. That can’t be right. I just got a headache.

Obviously that is spread out over a couple decades, but still.

The F-22 Raptor is even more expensive, coming in at $165 million each. The people at Lockheed-Martin must be very, very happy.

But I digress. Many Democrat-leaning voters do not vote in the mid-term elections, which is not good.

We are not the greatest country in the world. We are not even the world’s greatest beacon of democracy any more. A year ago today a large crowd of Donald J. Trump supporters stormed the capitol building while Congress was certifying the election, in order to pull off a coup d’etat that was organized and planned by the former president and his co-conspirators. They are so effing bold one of them, Peter Navarro, Trump’s trade advisor, went on The Beat With Ari Melber and actually explained how he and his co-conspirators planned the coup. Melber asked Navarro, “Do you realize you are describing a coup?”

Navarro quickly replied, “No. I totally reject many of your premises there.”

Of course he did (and does). You can’t accept reality and support this coup d’etat at the same time. If you watch the clip Navarro then goes on to claim wealthy financier George Soros put two secretaries of state, Kathy Boockvar of Pennsylvania and Jocelyn Benson of Michigan, into power just so they could turn the presidential votes of those two states over to Joe R. Biden. As a fiction writer you couldn’t make this up and expect people to believe it. It is easier to believe a guy like Seth Rogen can win the heart of Charlize Theron. I saw the movie and thought, “Yeah, that could happen.”

So I listen to these nut bars like Peter Navarro and Rudy Giuliani and Sidney Powell and think, “How in God’s name does nearly 40% of the American population believe this crap?”

We need to remember many of those people believe there’s a pedophilia ring run out of a pizzeria in New Jersey, and all of them believe millions of votes were somehow, magically (maybe?) fraudulently cast for Joe R. Biden instead of Donald J. Trump.

One of the members of the GOP serving in the House of Representatives, Andrew Clyde of Georgia, claimed that from watching the video from January 6, 2021 he would, “… actually think it was a normal tourist visit.”

It’s now a year later. On Wednesday, January 5, 2022 Attorney General Merrick Garland said that his department was going to investigate, charge and prosecute everyone involved with the insurrection. He said, “The Justice Department remains committed to holding all January 6 perpetrators at any level, accountable under law, whether they were present that day, or were otherwise criminally responsible for the assault on our democracy. We will follow the facts wherever they lead”

Any level, including the occupant of the Oval Office on January 6 who, we have found out, was sitting in a dining room close to the Oval Office gleefully watching it unfold for 187 minutes. That’s according to former Trump White House press secretary Stephanie Grisham. He was giddy because those were his people attacking the capitol and those insurrectionists attacked the capitol at his bidding. Grisham also said Trump kept hitting rewind and saying, “Look at all those people fighting for me.”

We also know that House select committee has obtained phone records of members of Congress that spoke with the White House on or before January 6. Will we see the Justice Department charge those instigators with crimes? Peter Navarro told Ari Melber he and his co-conspirators had over 100 members of Congress, including senators, who would take part in the coup.

Will we see it in this time of the Omicron variant? Will the House Select Committee on the January 6th insurrection send recommendations to the Department of Justice to file felony charges against members of Congress who not only aided and abetted the people attacking the capitol that day, but helped plan and instigate the attack?

GOP Rep. Scott Perry of Pennsylvania has been subpoenaed to testify and supply documents related to that day and the days and weeks leading up to the attempted insurrection. Then there’s Jim Jordan of Ohio, the former wrestling coach who looked the other way when a team doctor sexually assaulted some of the athletes. Jordan admitted on Fox News, while speaking with Brett Baer, that he had spoken with President Donald J. Trump more times than he could remember, before, during and after the attack.

The rush is on to make this commission public, get the news organizations to give it more coverage and that means more drama. That means subpoenas to members of Congress who were in contact with the Trump White House and that insurrection headquarters at the Willard Hotel. They called it the command center. Trump loyalists gathered in the collection of rooms and suites to plan everything that took place to disrupt and obstruct the business of Congress on January 6, 2021.

In his speech commemorating the January 6 insurrection, the president said, “This wasn’t a group of tourists. This was an armed insurrection.” He also put the blame squarely on his predecessor. “We must be absolutely clear about what is true and what is a lie. And here’s the truth. The former president of the United States of America has created and spread a web of lies about the 2020 election. He’s done so because he values power over principle. Because he sees his own interest as more important than his country’s interest than America’s interest, and because his bruised ego matters more to him than our democracy or our Constitution. He can’t accept he lost.”

Donald J. Trump is a loser — but the reality is the criminals who planned last years coup are ramping up to do it again. They are putting people in place in certain states who will overturn the will of the voters if they don’t agree with the outcome. They want secretaries of state in the battleground states who will not certify elections if they don’t go their way.

The current GOP, the Trump Cult, was not at the capitol this year on January 6, save for Rep. Liz Cheney of Wyoming and her father Dick Cheney. But then, they may be Republicans, but they are not members of the Trump Cult.

Two members of the Trump Cult, Matt Gaetz and Marjorie Taylor Greene, held a press conference claiming the January 6 attack was a false flag operation by the FBI — and to defend their efforts to steal the election, the coup d’etat.

The Hillsdale, Michigan Republican Party held a January 6 Insurrection celebration fundraiser. Food and drinks were provided. When one group pf people, one very large group, cannot or will not accept facts, such as Joe Biden won the 2020 election, even more than a year after, an election that was not and is not contested.

We cannot let Republicans take control of Congress in this year’s mid-term elections. Their plans include “Payback,” according to GOP members of the House. And they intend to make it easier for their Dear Leader to successfully pull off a coup d’etat in 2024. We cannot let them do that. The threats against our democracy continue so we must continue to defend the American ideals of a free, fair elections in which all people of voting age have the opportunity to cast their votes.

We need to forget bipartisanship. We need to save democracy first. 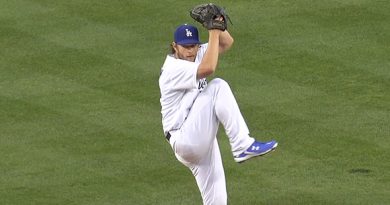 Candidates for president are running on fumes