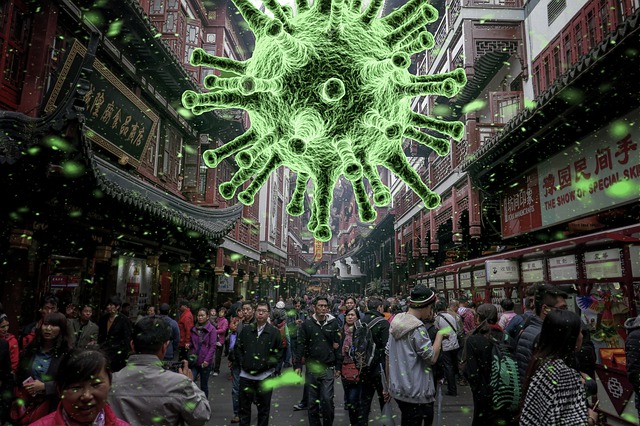 In 2020 there were not yet vaccines available against Covid-19, so the number of infections, fatalities, and excess mortality in various countries says something about the effects of the preventive measures.

But it will also reveal if there are environmental and/or social factors that affect the spread and seriousness of the pandemic.

And indeed, during 2020 there were large differences between countries,  from which important lessons can still be learned for the current situation. Also because during the past year 2021 the pandemic has gone off the rails, the vaccines did not deliver what was promised, the people are losing confidence and getting obstinate, governments and medical experts are panicky repeating the same directives and measures over and over again. So new insights are urgently needed.

The USA and the Scandinavian countries compared

But what was particularly striking is that in 2020 the Scandinavian countries scored exceptionally well, with an excess mortality of only 1.5% in Sweden and a negative excess mortality (or under mortality) of 3.6% to 4.3% in Finland, Norway, Iceland and Denmark.

So in these four most northern countries of Europe, significantly fewer people died in 2020 than was expected, despite the arrival of an unknown virus that had disastrous effects everywhere else in the world. This belies the notion that the covid-19 virus thrives in the cold, as medics sometimes claim. However, the big question is what do these countries have in common, that makes them so different?

An overview for the USA and the Scandinavian countries clearly shows the major differences:

* The number of infections is only an indication of the real situation.

Sweden is a special case, because on the one hand the country followed a careless policy that caused many infections and deaths (and much criticism), but on the other hand there was only a small excess mortality; a contradiction for which no explanation exists (yet).

However, there is one factor that clearly distinguishes the Scandinavian countries from the rest of Europe and the USA: its sustainable and clean energy policies. And that explains the limited numbers of Covid-19 infections and deaths , and also the low or negative excess mortality.

On September 22, 2021, the World Health Organization WHO presented the new ‘Global Air Quality Guidelines’ that will better protect the world population against the adverse health effects of flue gases from fossil fuels. For such flue gases always contain toxic substances such as carbon monoxide (CO), nitrogen dioxide (NO2), sulfur dioxide (SO2) and particulate matter .[3]

During the presentation of the new guidelines, the WHO Director General Dr. Tedros Adhanom Ghebreyesus, also mentioned the link between air pollution by flue gasses and Covid-19:

More than 97% of people infected with Covid-19 develop no or only mild symptoms, so there must be a reason for the less than 3% who become seriously ill, as well as for the differences in morbidity, mortality and excess mortality from Covid-19.

In the USA (and many other countries) this is due to the poor air quality in homes, especially during the heating season when also the windows are closed and ventilation is insufficient. Most American households use fossil fuels for heating, cooking and sometimes lighting, while also wood is often used as domestic fuel. As a result many homes have too high indoor values ​​for the toxic flue gasses. According to the WHO the bad indoor air quality is a serious threat to public health  worldwide, but it is a problem that is stubbornly ignored by governments and the medical sector, also during the Covid-19 pandemic, unfortunately.

The Scandinavian countries do things very differently, because most homes are connected to a system of district heating or city heating (in Iceland even 100%). And lighting and cooking are done electrically, so the average Scandinavian home has no toxic indoor flue gasses and therefore a good and healthy air quality with less risk to develop and spread severe Covid-19 infections.

In such conditions, it is understandable that a ‘lock down’ also protects the population against other infections and against accidents on the streets, at school and at work, which in 2020 resulted in fewer infections and a lower mortality in Scandinavia, when compared to the USA and most other countries.

So there are a few important and life saving lessons that can be learned from the much milder course of the Covid-19 pandemic in Scandinavia during 2020:

Ensure good ventilation and install air purification equipment in confined areas where many people spend long periods of time together, such as classrooms.

Encourage the use of electrical appliances for water heating, lighting and cooking. This will result in lower costs for health care.

Medical schools must give much more attention to recognizing and treating acute and chronic poisoning by flue gases (particularly by the dangerous nerve poison carbon monoxide that is always present in flue gasses from fossil fuels).[4]

René van Slooten is a leading ‘Poe researcher’, who theorizes that Poe’s final treatise, ‘Eureka’, a response to the philosophical and religious questions of his time, was a forerunner to Einstein’s theory of relativity. He was born in 1944 in The Netherlands. He studied chemical engineering and science history and worked in the food industry in Europe, Africa and Asia.The past years he works in the production of bio-fuels from organic waste materials, especially in developing countries. His interest in Edgar Allan Poe’s ‘Eureka’ started in 1982, when he found an antiquarian edition and read the scientific and philosophical ideas that were unheard of in 1848. He became a member of the international ‘Edgar Allan Poe Studies Association’ and his first article about ‘Eureka’ appeared in 1986 in a major Dutch magazine. Since then he published numerous articles, essays and letters on Poe and ‘Eureka’ in Dutch magazines and newspapers, but also in the international magazines ‘Nature’, ‘NewScientist’ and TIME. He published the first Dutch ‘Eureka’ translation (2003) and presented two papers on ‘Eureka’ at the international Poe conferences in Baltimore (2002) and Philadelphia (2010). His main interest in ‘Eureka’ is its history and acceptance in Europe and its influence on philosophy and science during the late 19th and early 20th centuries.

Copenhagen by bike is fun, but skip the self-guided tour

March letters: CPAC, the minimum wage, the vaccine and more